The History of Old Newsboys of Flint

The Old Newsboys of Flint, Inc. was formed when two of Detroit’s Old Newsboy Goodfellows visited Flint’s Buick Body Plant in 1924. Like Detroit, Flint was enjoying an era of prosperity and wealth. However in Flint, like in Detroit, children suffer even in the best of times. With leaders from the factory, the Police Captain, and several business and civic leaders the Old Newsboys hit the streets for their first newspaper sale. That first year, 210 children Across Genesee County found presents under the tree thanks to the organization; to date, more than 824,000 children have received gifts from Santa via the Old Newsboys. 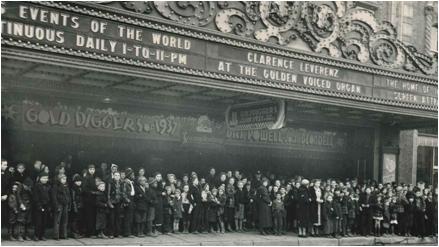 In the early years, the Old Newsboys sent out the call for new or “repairable” toys. Hundreds of wagons were repainted; tricycles had their wheels replaced; thousands of dolls were regroomed and redressed. Repairs were made by civic organizations like the Flint Junior League, the Osteopathic Women’s Club, the Fraternal Order of Eagles, and the Industrial Business Girls. The Old Newsboys purchased “yard-goods” and women across the county sewed dresses, dungarees, and shirts for less fortunate children. The Flint Firemen played a major role in the organization by picking up donations, investing hundreds of hours on repairs, and even in the delivery of gifts to the children.

These activities were afforded primarily through the annual paper sale. When you look around on the second Friday in December, it looks as if the Old Newsboys are everywhere.

In the 1950s and 1960s there were thousands of volunteers selling papers. The names and locations of the more than 400 “corner captains” were published in the Flint Journal. At Citizens Bank downtown, Old Newsboys walked from office to office collecting donations. Factory workers enjoyed a friendly rivalry over the top donating team. Flint was beautiful and bustling with shoppers and diners. The Old Newsboys participated in the Holiday Parade downtown. It really was a sight to see. The 1950s and 1960s are considered the height of Flint's prosperity and influence.

But soon the sixties faded into the seventies. The oil crises in the early 1970s paved the road for Flint's deindustrialization in the late 1970s. Over the next two decades Flint's auto industry workforce would decrease by 90%. It made for hard times for a great many children.

All along the way, the Old Newsboys of Flint has been there, serving as a safety net for needy children in Genesee County.